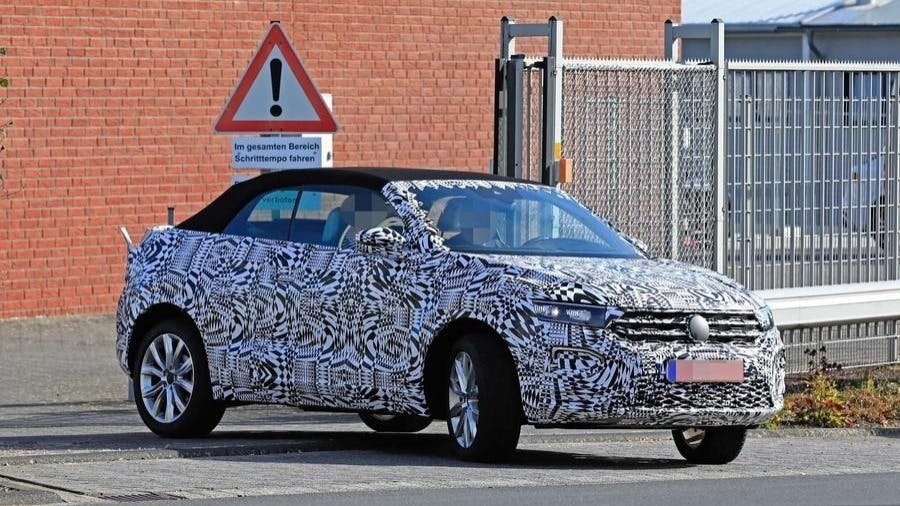 Volkswagen recently confirmed that a convertible version of the  T-Roc SUV would arrive in 2020, but spy photographers have caught it testing for the first time.