NEW LAND ROVER DEFENDER. IT DOES ALL ITS OWN STUNTS 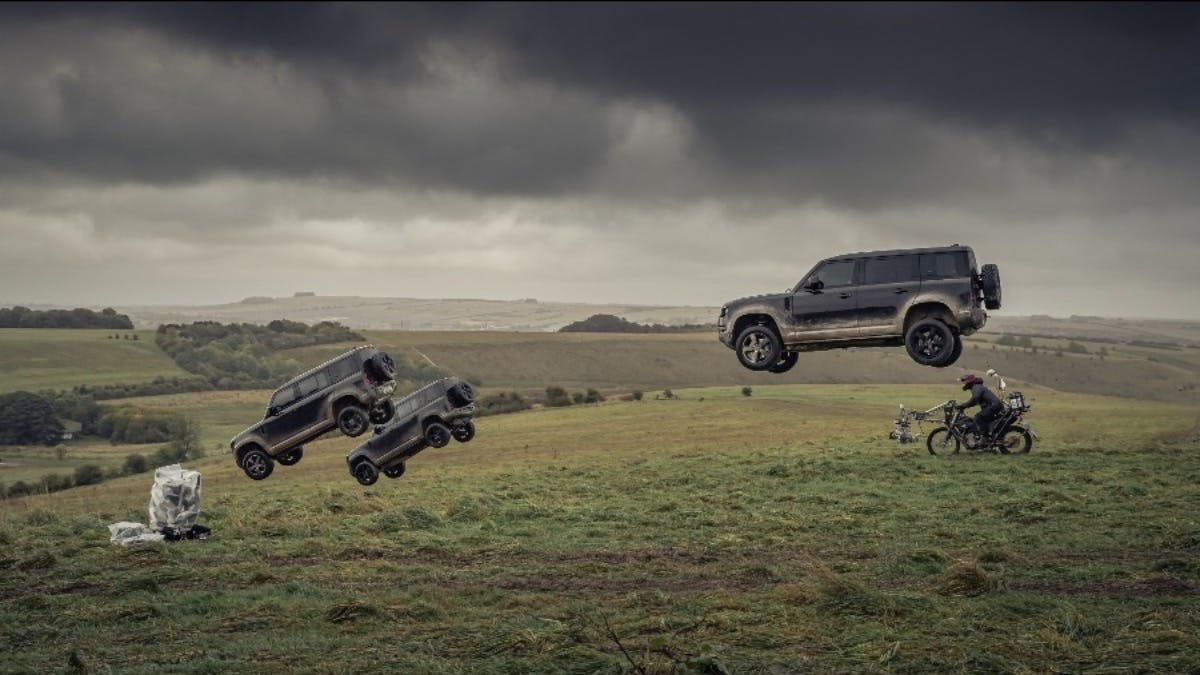 DEFENDER 110 FLIES INTO ACTION IN LATEST JAMES BOND FILM 'NO TIME TO DIE'.