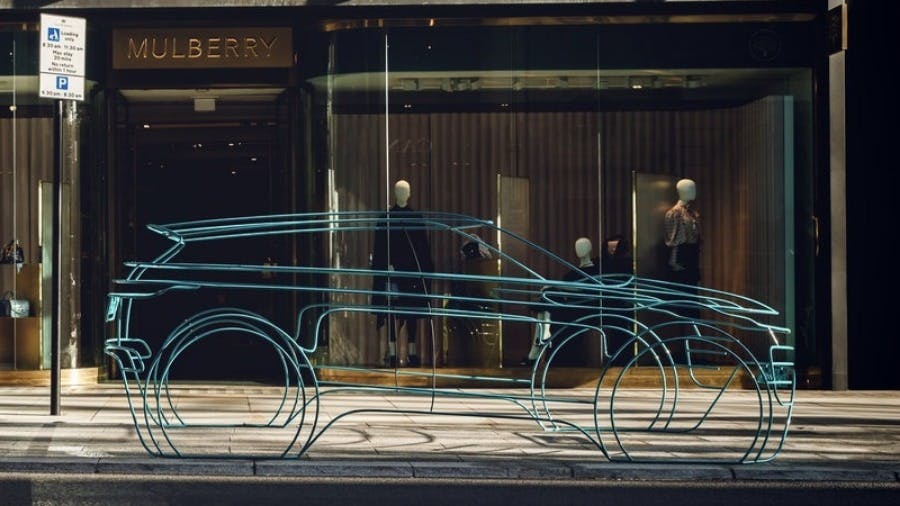 Three eye-catching wire form sculptures inspired by the new model were parked at exclusive addresses across Kensington and Chelsea.