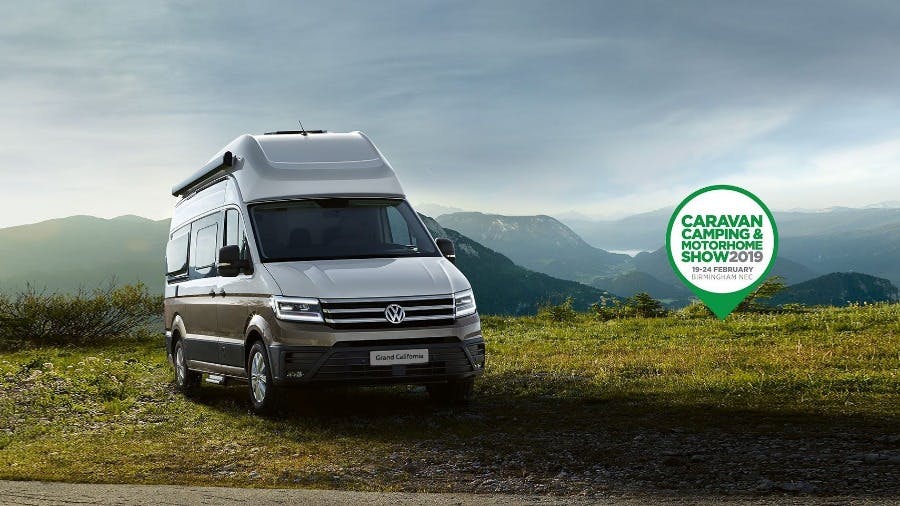 The Grand California will make its UK debut at the Caravan, Camping and Motorhome Show this week (Tuesday 19 to Sunday 24 February) at the National Exhibition Centre (NEC) in Birmingham.