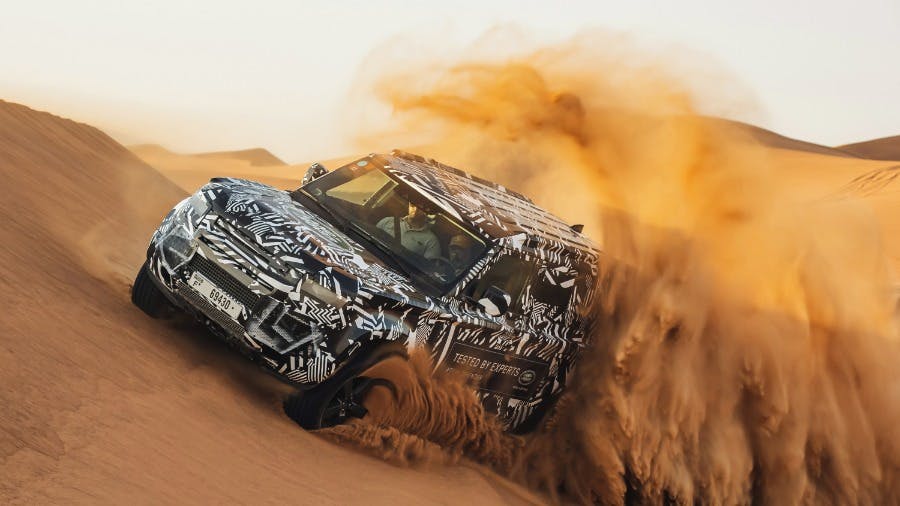 In the latest stage of its global testing programme, fleet experts from the IFRC in Dubai took to the wheel to test the new Defender on the region’s desert sand dunes and the twisty tarmac of Jebel Jais highway